Young people need social contact to develop. Yet in Nebraska some kids are growing up locked down with devastating long-term impacts on their wellbeing and ability to contribute to society. Nebraska can and must do better for our youth. The ACLU is calling for an end to solitary confinment for young Nebraskans. 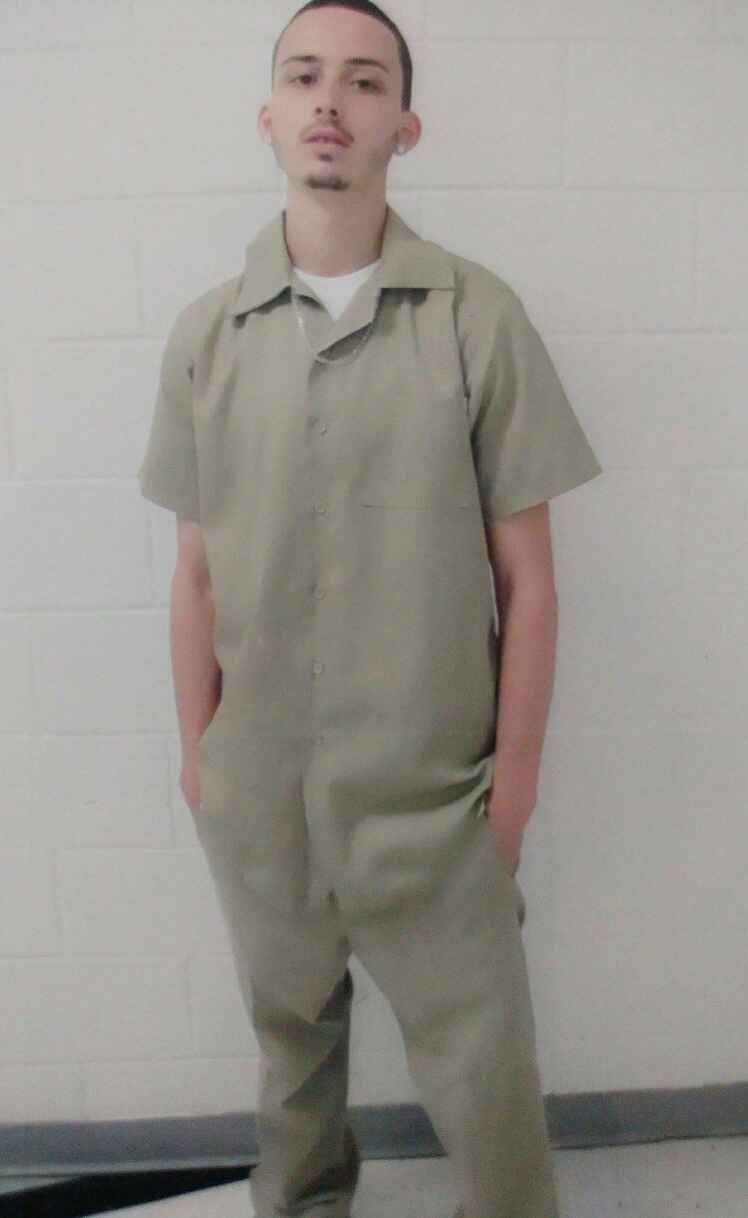 Dylan is 19-years-old and has been housed in either Tecumseh State Correctional Institute and the Nebraska Correctional Youth Facility since 2014 when he was just 15. Dylan has been put in isolation multiple times and has not received appropriate mental health and medical care.

We asked him how being in these facilities is hurting him. 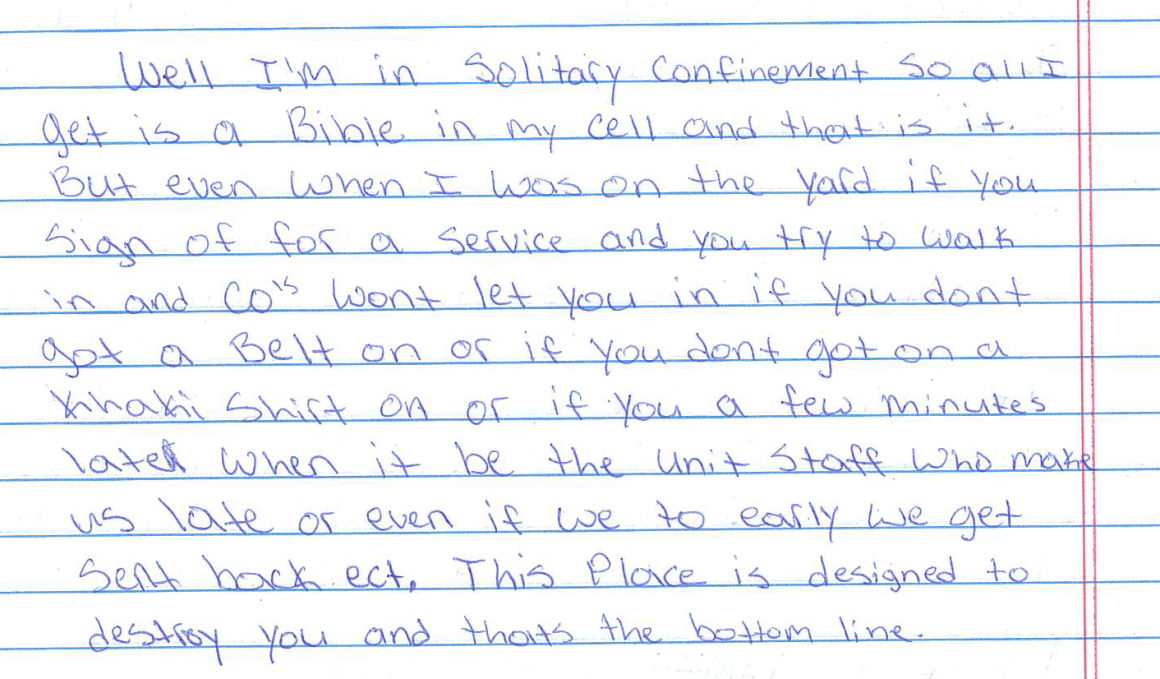 Nebraska attorneys from across the state have shared concerns about the use of solitary confinement on their juvenile clients. These are real stories from 2017 about the way solitary confinement is used in Nebraska. We have chosen not to share names of facilities and have changed names in order to protect the identities of the young people.

Katie is a Caucasian female

“The only thing to do if you are in solitary is sleep. I get extremely depressed being in isolation. You don’t have any contact with anyone else in the facility.  I have hurt myself while I have been in room confinement.”

Darryl is an African American male

“When I was in solitary, no one talked to me. Staff would look at me through a window every once in a while. Before I went to solitary, I had individual therapy. I did not get therapy while I was locked in my room. I did not get school work. The only thing to sit on during the day was a concrete slab.”

Malik is an African American male

“There is nothing to do in confinement. You only get out of your room for 1 hour a day. Staff can extend your time in solitary for any reason they want. I was in confinement for over a week for cussing at a staff member. Being in solitary does not help me. It only makes me angry.

Jada is an African American female

“Being in confinement made me have an anxiety attack. I was locked in my room. You eat meals in your room and don’t have any contact with anyone. I was not even allowed to have a book. I slept most of the time. Being in solitary made me feel like I was going crazy. I think putting people in solitary causes them to cut themselves. I could hear other people screaming, crying, and yelling.”

Why Are Young Nebraskans in Solitary Confinement?

These are the types of reasons for solitary that LB 870 would prohibit.

Source: Mandatory data reporting from facilities for the period of July 2016  to September 2017. 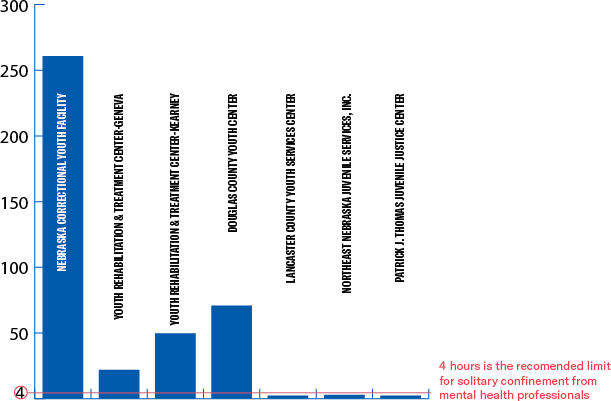 Youth of Color are Overrepresented in Use of Solitary Confinement

1Mandatory data reporting from facilities for the period of July 2016 to September 2017. Hispanic data from facilities based on ethnicity reporting.
2U.S. Census Bureau, Annual Estimates of the Resident Population by Sex, Age, Race, and Hispanic Origin, July 1, 2015, Table PEPASR6H. 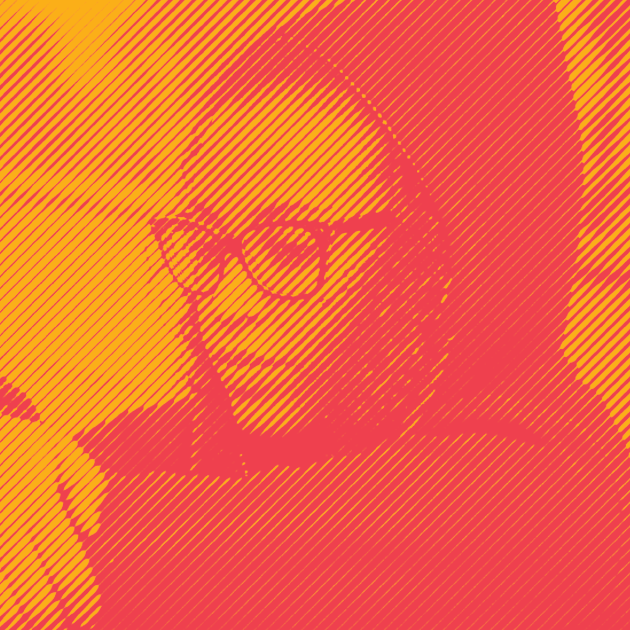 I Spent my 16th Birthday Alone in a Cell

Many 16-year-olds spend their birthdays with their family and friends. I spent my 16th birthday this past March trapped in solitary confinement. 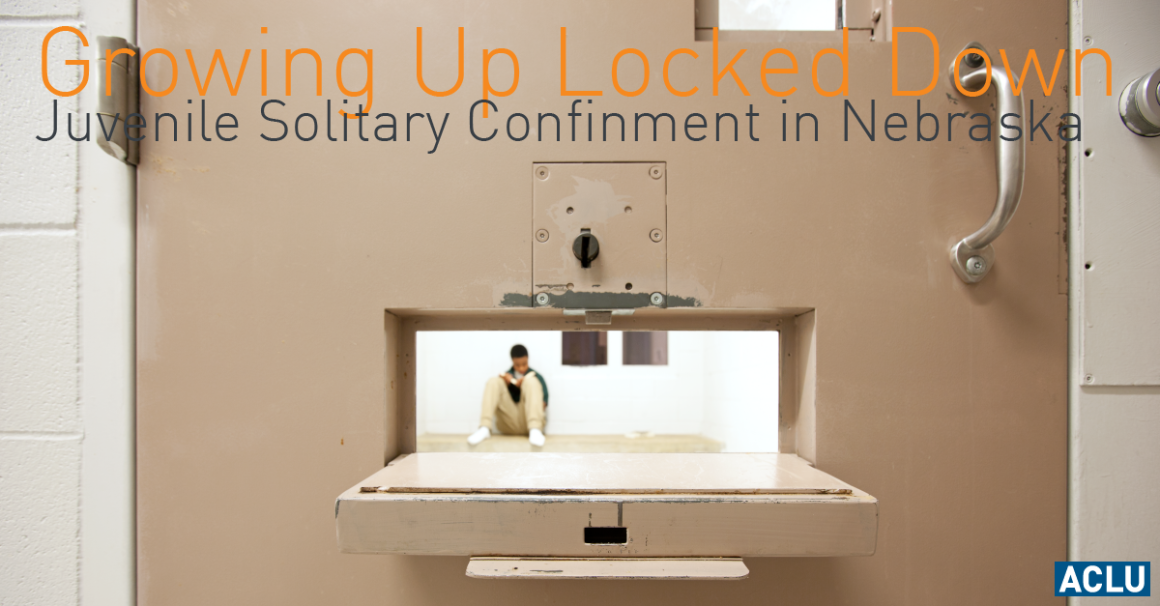 Read our groundbreaking, first of its kind research into the practice of juvenile solitary confinment in Nebraska.

Read the stories of Jacob, Lisa and Dylan. Three Nebraskans who spent time in solitary confinment while they were teens. 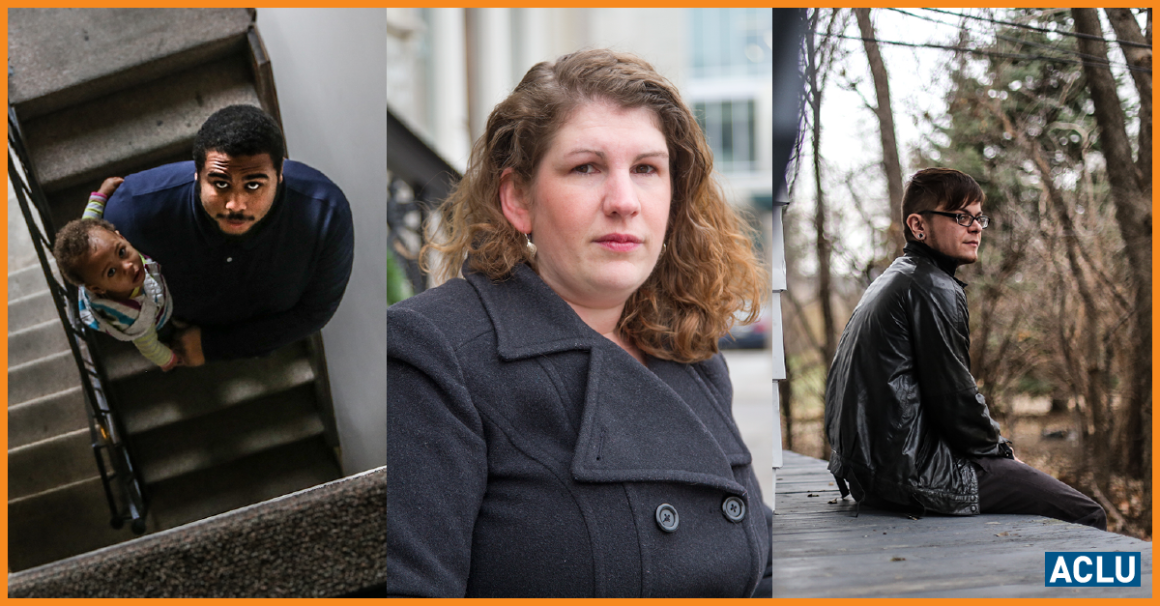 Omaha World Herald: Man who experienced solitary confinement at age 15 joins movement to limit its use in juvenile justice system

Read the story and watch the video of Jacob Rusher

“Since apparent agreement already exists on the need to strictly limit use of solitary confinement for juveniles, it should be possible to make quick progress toward reform. Locking kids up in isolation for extended periods does more harm than good.”

“Locking away a kid to prove a point is often a management decision that could be redirected toward more productive, less costly remedies.”