Nebraska's prisons are overcrowded. The ACLU of Nebraska, along with the nationwide ACLU, has launched a Campaign for Smart Justice. The size of Nebraska's criminal justice system has expanded, needlessly throwing away too many lives and wasting trillions of taxpayer dollars. We need reform so we are not stuck with a criminal justice system that is unproductive, wasteful, and dominated by racial disparities. Bad policies are made, and bad policies can be changed.

We've joined forces with faith leaders, fiscal conservatives, and others to advocate for reforms in the legislature and beyond. If advocay with policy makers fails, the ACLU has established a Prison Litigation Advisory Panel to guide litigation to end Eighth Amendment violations in Nebraska's prisons. A series of reports produced by the ACLU have sucessfully moved policy makers to pass historic reforms - but much work remains. 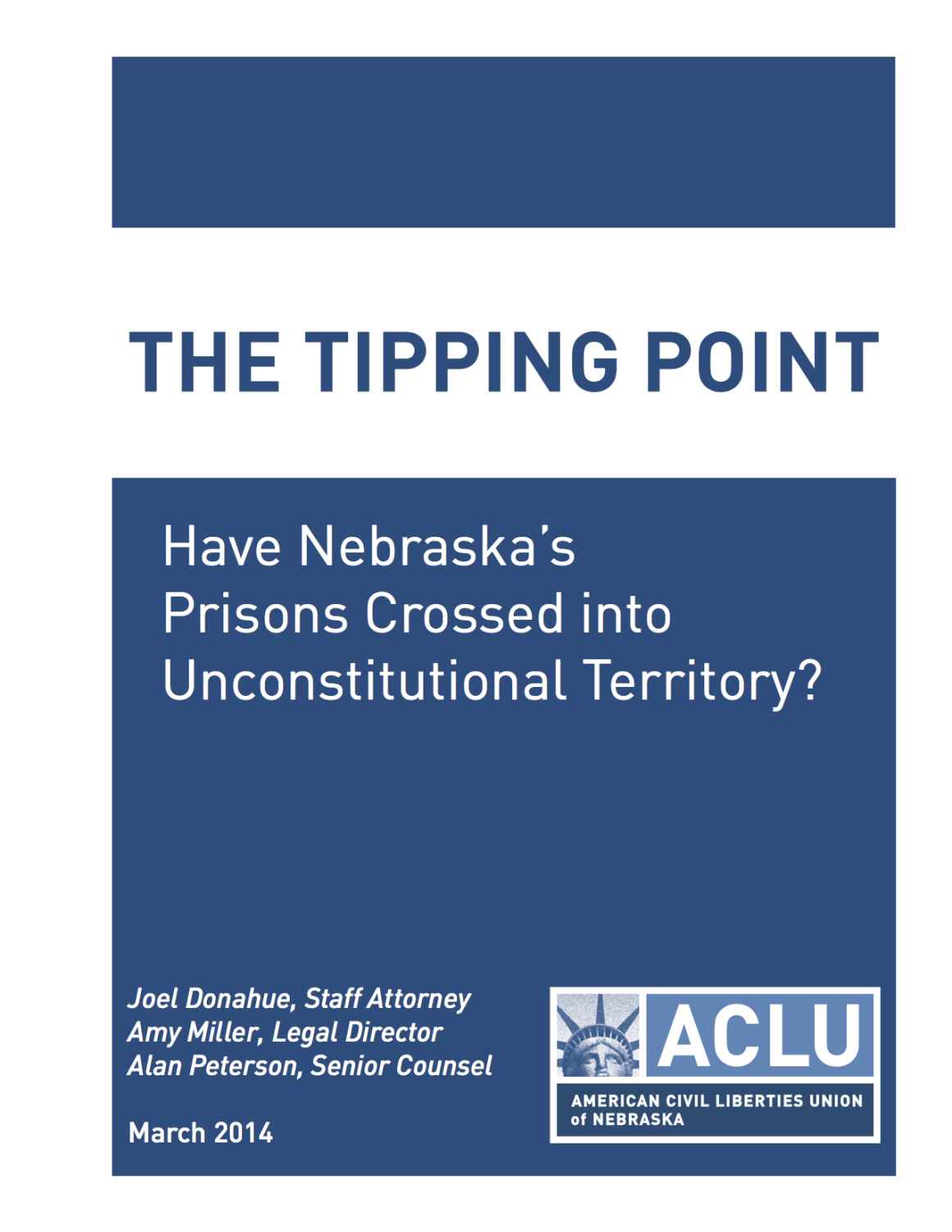 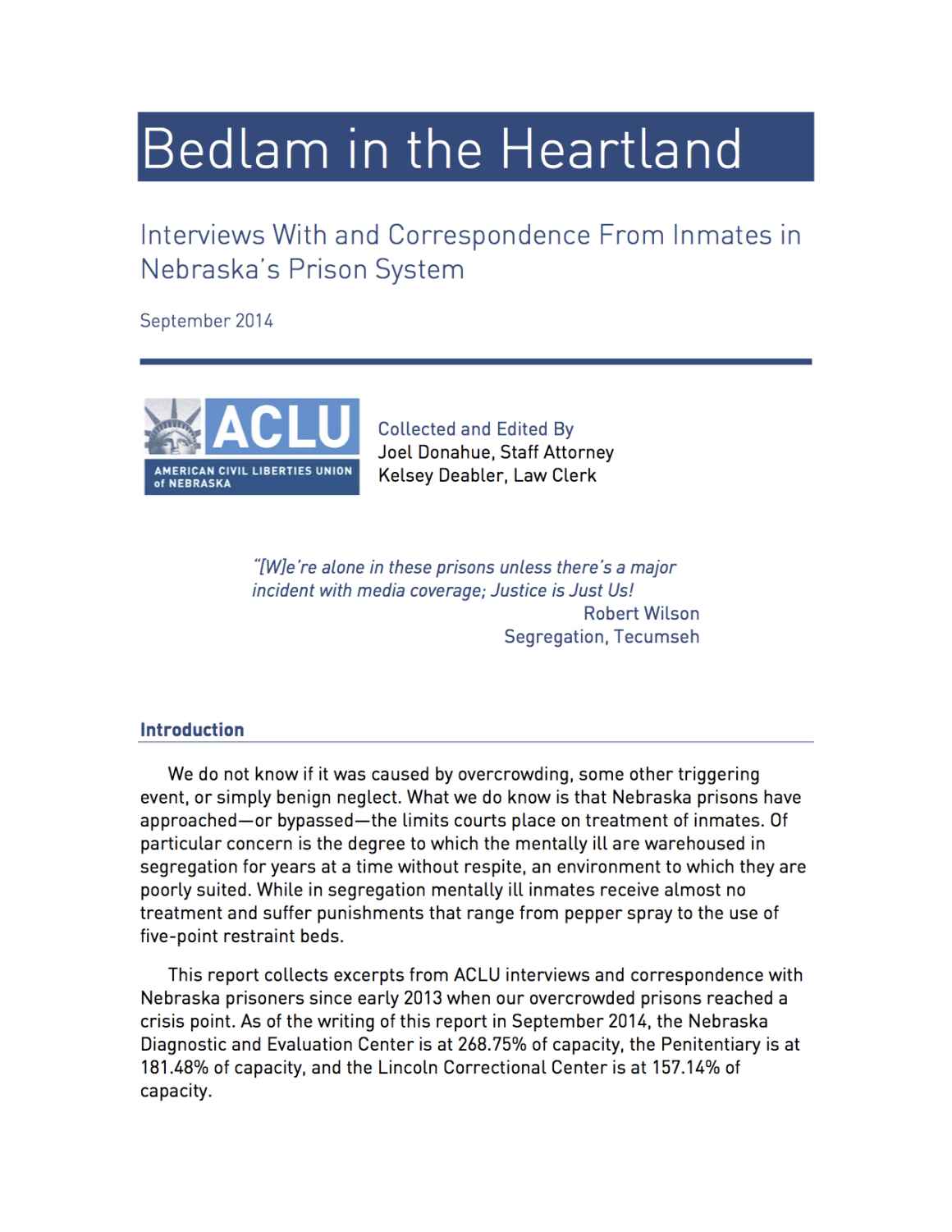 Bedlam in the Heartland 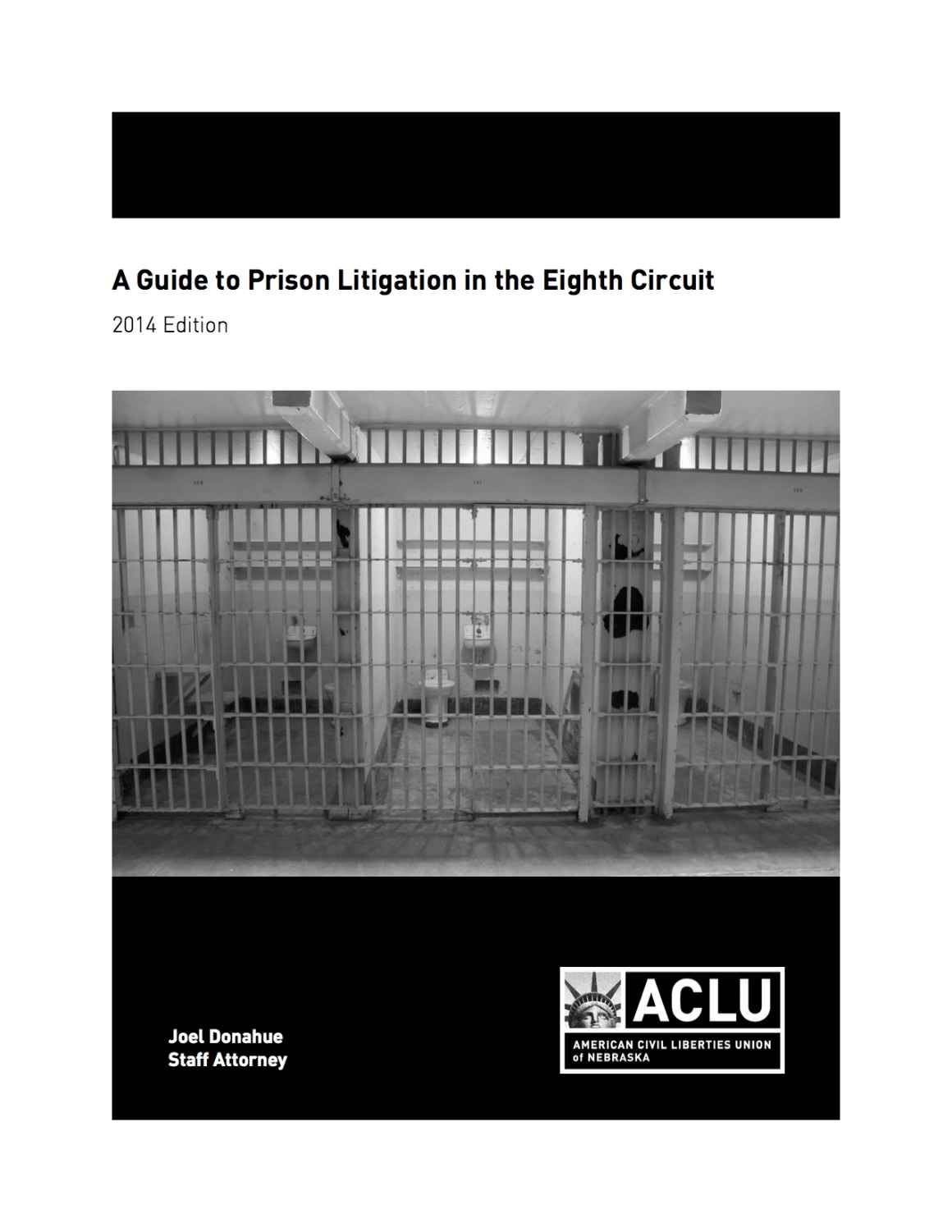 A Guide to Prison Litigation in the Eighth Circuit

This report describes the constitutional standards that apply to prison litigation.

Broke In A Broken System–Too Many Nebraskans Are Still Sitting In...