Body cameras are just one step towards accountability

Our nation is hurting.

This is a complicated issue that comes from a lack of accountability and trust as well as a historical--and yes, present day--racial bias in our criminal justice system.

At the national level, the ACLU is calling on Congress to adopt six bills that will repair the relationship between communities and law enforcement.

Body cameras won’t solve all the problems of racially biased policing and use of force, but with the right policy, they can be an important tool for accountability.

The ACLU believes that, with the right policy that balance privacy, oversight and accountability, body cameras can be a part of reforming police practices. This is happening in cities and states around the country. The law in Nebraska doesn’t answer several important questions and there are a wide variety of policies in use by agencies in Nebraska. The ACLU is working with the Nebraska Crime Commission to make sure that the model policy they implement contains more of the provisions recommended by the ACLU.

Body cameras are just one tool that can promote accountability. They are by no means the whole picture.

We know that there are examples of law enforcement agencies that successfully de-escalate volatile situations and states that reduce crime without excessive policing and sentencing. Former ACLU of Nebraska board member Sam Walker worked on the President’s Task Force on 21st Century Policing to help give law enforcement agencies and policy makers a blueprint for reforms in policing this country has needed for decades.

All of these model policies, reports and recommendations cannot exist in the abstract. We need these concrete policies embraced by local law enforcement agencies in order to build trust with our communities.

All Nebraskans, particularly communities of color, should be able to count on law enforcement when needed. Until proper oversight and accountability exists, there will be Nebraskans who aren’t provided this most basic form of protection that our government is to provide. The ACLU will keep fighting in the legislature and in communities around the state until “to serve and protect” is a meaningful statement for all Nebraskans. 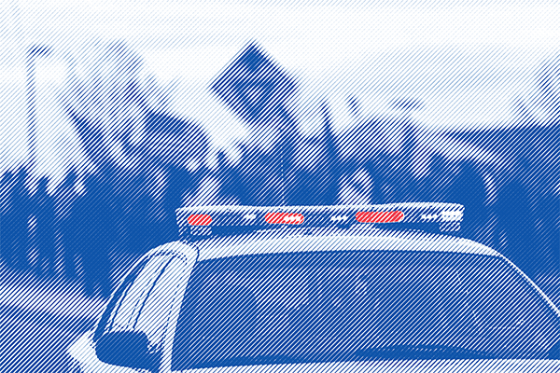