ICE vs. Nebraska Nice: An account of the Immigration Enforcement Raid in O’Neill

by Rose Godinez, policy and legal counsel at ACLU of Nebraska

A large-scale immigration raid was conducted in and around O’Neill, Nebraska, the morning of Aug. 8, in relation to an indictment brought by U.S. Attorney Lesley Woods, against 17 people and three companies for hiring and mistreating immigrants. Federal Immigration & Customs Enforcement (ICE) arrived at several companies in the area of O’Neill (pop. 3,631), including O’Neill Ventures tomato farm and Herd Co., a cattle company in nearby Bartlett, to arrest the 17 individuals named in the indictment. While making these arrests, ICE detained dozens of other workers, many of whom could be potential victims of the alleged acts of mistreatment and wage theft. Final reports totaled 133 detainees.

The ACLU of Nebraska and Immigrant Legal Center provided rapid legal response support in the aftermath of this raid and spoke to many people who were detained and later released. Upon release, many reported ICE agents’ lack of preparedness, negligence, and, in some cases, abuse of those detained in the raid. We received several reports concerning potential civil rights violations of the detained immigrants.

Many were detained as they worked in the field or in greenhouses, then held for hours or overnight in the dirty clothes they’d been working in. ICE gathered each group and began questioning individuals, asking each for their name and immigration status. Some were not allowed the opportunity to provide documentation verifying that they were legally authorized to work or already in removal proceedings fighting their case. Many who were detained were unaware that—regardless of their immigration status—they, too, have constitutional rights, including the right to remain silent, the right to an attorney, and protection against unlawful search and seizure.

Those who were unable to prove that they were documented were handcuffed with chains around their waists and placed on a Department of Homeland Security bus. The ACLU of Nebraska and Immigrant Legal Center later learned that at least one bus had no air conditioning. Some on the bus reported that the ICE agents instead turned on the heater when passengers begged for air conditioning. Many, including at least two pregnant women, reported not having access to water during the two-hour drive.

When the buses arrived at the Grand Island ICE Detention Center, the detained individuals were placed in an outdoor tent surrounded by a fence on a private parking lot, in some cases, overnight, until their immigration removal paperwork was processed. Agents coded each person with either a red, green, or blue bracelet. We are unsure of the meaning of the bracelet colors, but we do know that those individuals who were later released had only green or blue bracelets. We did not meet with anyone in O’Neill wearing a red bracelet.

The paperwork was processed by ICE agents, some of whom were not proficient in Spanish. This made it difficult for detained individuals to ask questions and fully comprehend their rights or the documents they were signing. Those who were later released reported that they assumed some ICE agents were new agents because they kept making mistakes on their removal paperwork, including misspelling names and assigning incorrect hearing dates. For example, several individuals were given a hearing to appear in immigration court at 12:00 a.m. Several individuals also observed new ICE agents having to ask their supervisors various questions about the proper way to complete the forms. 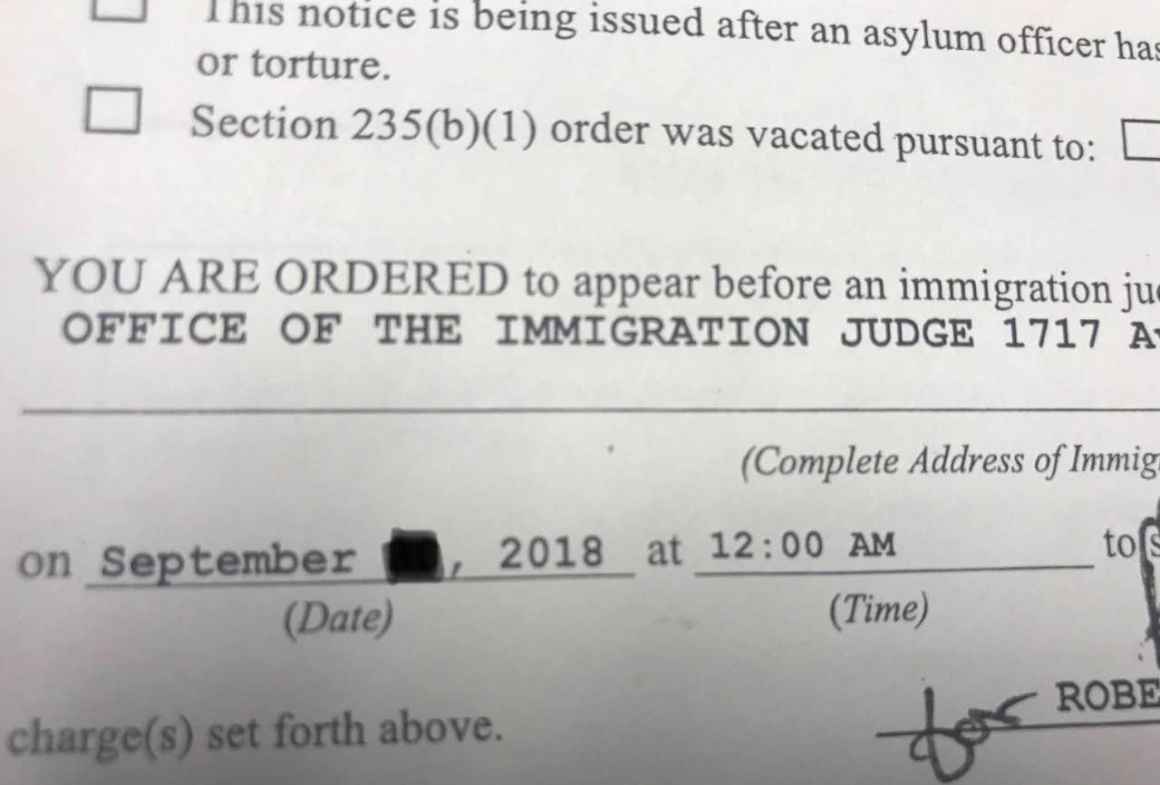 Several "Notice To Appear" forms directed people to appear on court on dates that do not exist, or in the middle of the night when the courthouse is closed. Image provided by Immigrant Legal Center.

Once in the detention center, those detained were provided an insufficient amount of food: only a small cup of instant soup and crackers for the duration of their detention. Most of those who were detained went without food for approximately 12 hours. The cup of soup and crackers they were provided was insufficient nutrition for an average adult, not taking into account those that had other medical needs such as diabetes.

The United Nations Standard Minimum Rules for the Treatment of Prisoners require that “[e]very prisoner shall be provided by the prison administration at the usual hours with food of nutritional value adequate for health and strength, of wholesome quality and well prepared and served. Drinking water shall be available to every prisoner whenever he or she needs it.” Moreover, the Eighth Circuit--the federal court governing Nebraska--has repeatedly held that detainees and prisoners have a right to nutritionally adequate food to maintain good health.

The Centers for Disease Control and Prevention (CDC) have adopted the recommendation of the National Academies of Sciences for water intake. Women generally require 2.7 liters (91 oz.) of total water each day, while men need an average of 3.7 liters (125 oz. daily). Failing to provide adequate water violates the U.S. Constitution, Nebraska State Constitution, and international law.

Dehydration and heat stroke can exacerbate underlying medical conditions and can result in kidney failure, seizures, or life-threatening hypovolemic shock and death.  With high humidity and temperatures outside of the bus approaching close to 100 degrees, it was imperative that the authorities provide adequate water.

One mother with two children—an infant and a grade-schooler—was among those detained and stood under the tent as she worried about the whereabouts of her children. She asked ICE agents upon her arrest and at the GI ICE Detention Center several times to allow her to make a phone call to check on her children, including her baby who was still transitioning from breastmilk to formula. The mother worried her childcare provider could not care for her daughter long-term and did not know where her two children were going to be taken, how long she was going to be detained, and if she would ever see her children again. She was promised she’d be allowed to make a call at the end of the day but was never allowed to do so. Listen to part of her interview here.

According to news reports, the planning for this raid was in progress for 15 months. Yet, from these first-hand reports it seems as if there was no real planning for the care of the detainees’ children, adequate shelter, adequate language interpretation, or basic food and water. What transpired on Aug. 8 is a frightening look into the Trump administration’s war on immigrants and its violations of the basic human and constitutional rights that our country was founded upon.

After this raid, the remaining immigrants in O’Neill and surrounding communities are now terrified of encountering a police officer and understandably would avoid future contact with law enforcement, even in times of danger. Raids like this one have terrorized immigrants throughout the country and have led to both a jump in the number of immigration arrests of individuals with no criminal history, as well as a sharp drop in the reporting of crimes from Latinos in numerous cities nationwide where immigrant communities fear the consequences of speaking up.

We who live in this state are commonly known for being “Nebraska Nice.” The phrase proved true again in the aftermath of this large-scale raid, as several local organizations, businesses, volunteer attorneys, and neighbors came together to support the immigrant families affected. As we learned about the raid taking place, the ACLU of Nebraska, Immigrant Legal Center, Center for Rural Affairs, Heartland Workers Center, Grand Island Latino Network, Multicultural Coalition of Grand Island, and Nebraska Appleseed immediately assembled a rapid response team to help meet the needs of the families. 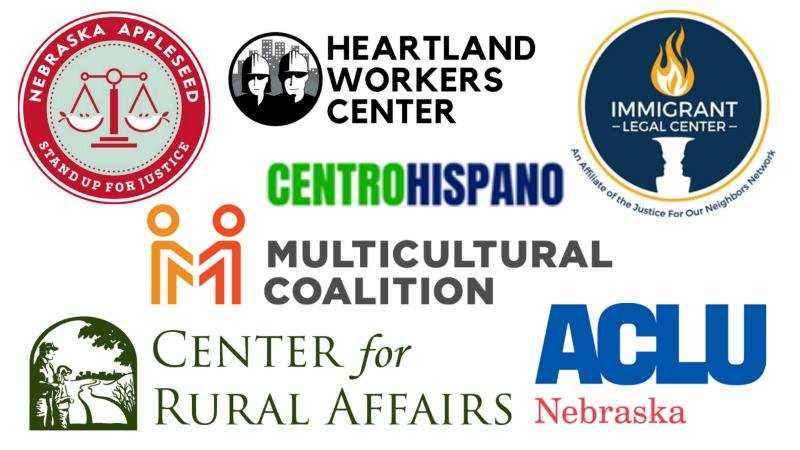 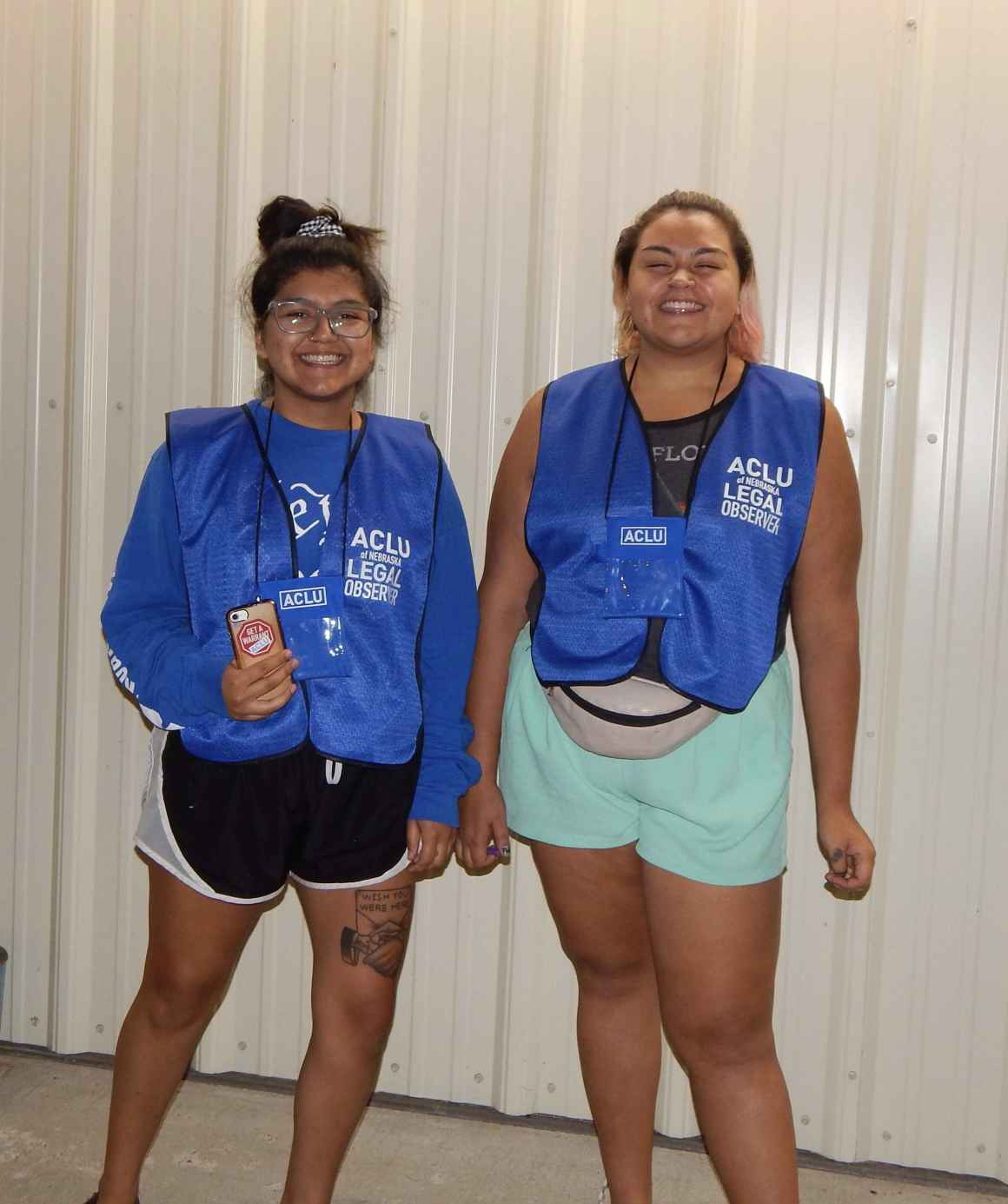 Volunteers served as legal observers for ACLU of Nebraska, noting when detainees were being released.

The day after the raid, I traveled to O’Neill and began assisting in conducting rapid legal response while our partner, the Immigrant Legal Center, prioritized those who were detained in order to prevent their deportation. We arrived at the First United Methodist Church, where more than 15 local community leaders comprising educators, school administrators, pastors, and neighbors organized donations and welcomed the affected families as they arrived for consults, food, and supplies. To assist with rapid legal response, several volunteer attorneys left their private practices and drove many hours. Another local church housed individuals affected by the raid and provided them a place to eat and sleep. At first, people had to sleep on the floor with only a blanket, but by the next day, the American Red Cross had arrived and provided the church with several cots, which were much appreciated.

We saw several tired, crying children who likely were confused about what was going on—they now had to live with other children and adults, sleep on the floor, and didn’t have their toys or TV for entertainment. This soon changed as material donations started flowing in. In Grand Island, the Multicultural Coalition of Grand Island, Heartland Workers Center, and Grand Island Latino Network received, and continues to receive, donations from across the state. The Heartland Workers Center and Nebraska Appleseed have organized volunteers to drive the donations to O’Neill. To further help the local O’Neill community, please donate and follow the Grand Island Multicultural Coalition for updates on material donation needs.

We must demand better

The lack of preparedness for this ICE raid is only further indication of the Trump administration immigrant enforcement’s lack of regard for respecting the civil rights of our country’s immigrant populations. Apparently very little effort was given to preparing safe transportation and housing to dozens of people and account for the children who would be abandoned in the process. Nonprofits and volunteers are again left to clean up the damage, though the long-term effect on the community and employers of the O’Neill will last long into the future.

For these reasons, we urge you to contact our Congressional delegation to stop playing politics and enact immigration reform, including a permanent remedy for DREAMers, Temporary Protected Status recipients, asylees and refugees. This reform should include the removal of state and local law enforcement resources being used to enforce federal immigration law, as it drains local resources, distracts officers from their job of protecting the community, and creates a disincentive for immigrants to report crime.

And sign up for our voter resources at www.aclu.org/voter to see how your senators and house member score, find out when and where to vote, and what to consider when voting to ensure civil rights and civil liberties prevail--up and down the ballot. 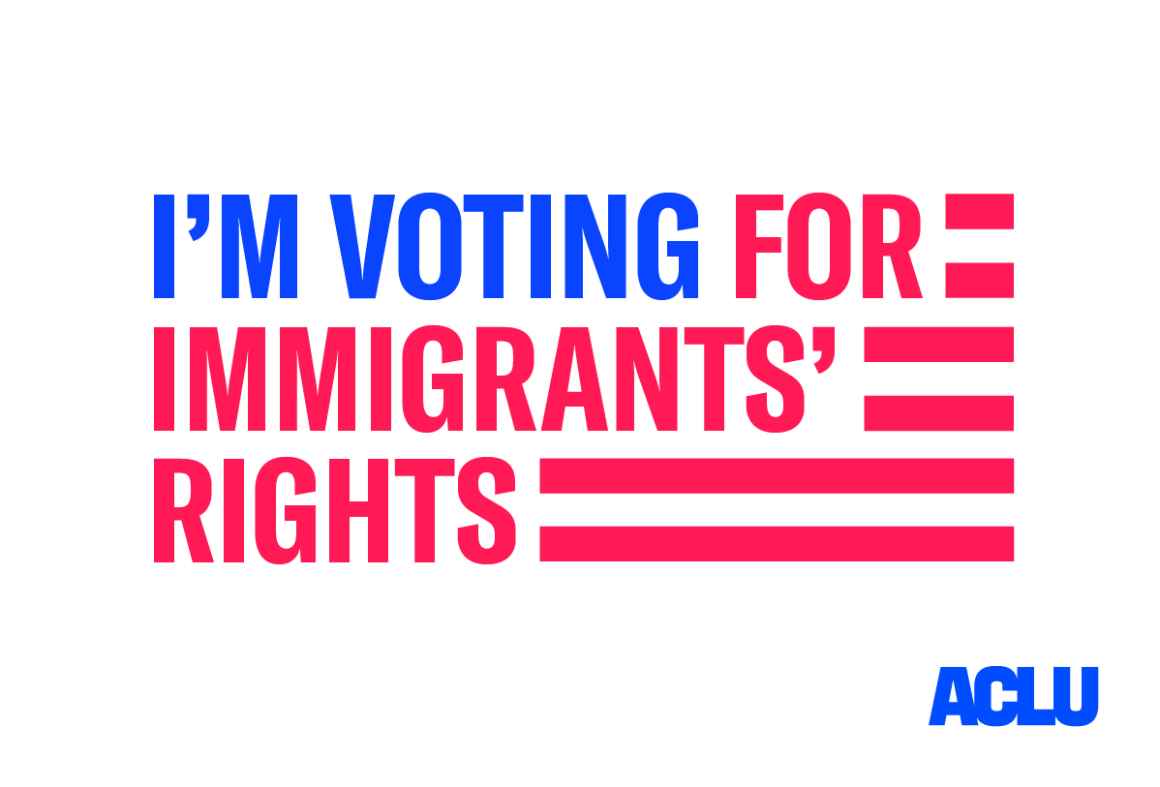 ACLU of Nebraska Statement on Termination of DACA

Are States Coordinating With the Trump Administration to Take Down...