My fight for a GSA

I was 14 when I moved to the Elkhorn Public Schools district which had a small town feel and was just minutes away from Omaha. Elkhorn High was big enough for opportunities but small enough to where I could stand out. There was only one deterrent: I wondered how a school district with a 98% Caucasian population and a median income of over $75,000--the quintessential conservative community--would react to an openly gay youth.

Since you can count the number of gay males at EHS on one hand, I soon became everyone’s “GBF” (gay best friend). But I hated that my sexual-identity became my identifier. Why did I have to be the “gay best friend”? Couldn’t I just be the “best friend”?

When my best friend Frenchie talked to our vice principal about forming a club to raise awareness about LGBTQ students, he quickly laid down what he thought was the law. We could not advertise in the halls, we would receive no funding, and we would have to find sponsors. The sponsors could in no part fulfill any function besides supervising the group. Our meetings could not, in any way, hinder the function of the typical school day.

Despite the obstacles, we chose to pursue our goals and created the T.E.A. Club, (Tolerance, Equality, and Acceptance). We found two faculty sponsors and our friend Jacob wrote up a clear mission statement: “to create a judgement-free, safe environment for all students, (regardless of gender expression or sexuality), to develop a sense of school wide acceptance, and to promote tolerance and acceptance of difference.”

The next year we met after school on Mondays. By second semester we were meeting every week with a steady membership of 10-25 people at each meeting. It was difficult gaining attendance, however, because we mostly had word of mouth to advertise the club.

About halfway through the school year, we approached administration to become a school-sponsored club with the same rights and privileges as other clubs. We weren’t looking for funding; we simply wanted to advertise in the halls like the other clubs. We were given two bogus options. First, we could begin the process to become a school-sponsored club the following August. We had to appeal to the School Board, and the process would take until after the other student leaders and I graduated. Keep in mind, this was a new process not recorded in any student handbook. Our second option stated we could take over a similar club that had lost membership (known as P.R.I.S.M.), but that would mean adjusting our bylaws. We saw no problem with the T.E.A. Club as it stood, and wanted to preserve our hard work instead of adopting something that clearly didn’t work out.

We appealed directly to the superintendent and we were rejected. Once again we were given the same two unacceptable options. 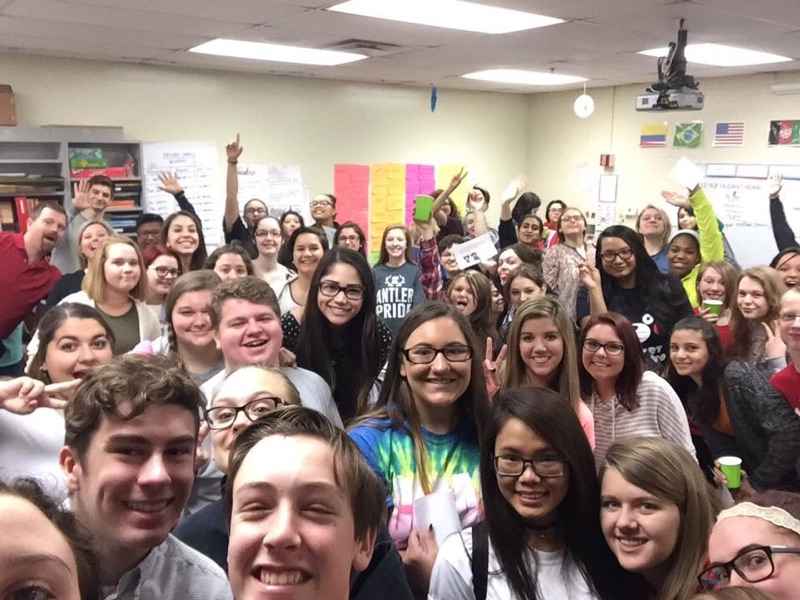 That’s where the ACLU stepped in. One of our sponsors was good friends with a lawyer from the ACLU, and, pardon my French, but she KICKED ASS. Without all the legal mumbo jumbo, she essentially told the EPS district that what it was doing was not just stupid and ridiculous, but was also pretty damn illegal. We’re now being treated the same as other extracurricular clubs. We gained membership and were able to advertise in the hallways and hold meetings during homeroom. We had EHS’s first ever T.E.A. Party with over 50 students in attendance. We still are not allowed to use the resources provided by EPS, which means we use our own supplies for handouts and posters. We plan to submit our proposal, a second time, to the School Board this upcoming school year. It’s not ideal, but this club is not just for us. It’s for the dozens of kids who face adversity and who will be joining the club long after we are gone. And unless EPS wants another run-in with the ACLU, we hope they’ll approve our proposal.

In June, we marched in the Heartland Pride Parade, and we were the only high school club who had their own slot. We also made safe space signs, with the rainbow flag set behind the silhouette of our school mascot, proudly displaying the words, “Diverse, Inclusive, Welcoming, Accepting, Safe Space For All.” We gave one to every teacher and almost all have them visibly hanging to show clearly that they are allies.

"In one instance, the woods and small motors teacher had the ally sign up on his whiteboard and a student ripped it up, saying he didn’t want gays “taking over his school.” But it’s not just his school. It’s our school too."

That being said, our battle is far from over. Our principal and vice principal have yet to display the ally signs. In one instance, the woods and small motors teacher had the ally sign up on his whiteboard and a student ripped it up, saying he didn’t want gays “taking over his school.” But it’s not just his school. It’s our school too. And if that’s not enough evidence to show why this club needs to exist, to drive out hate and ignorance through education, then I don’t know what is. 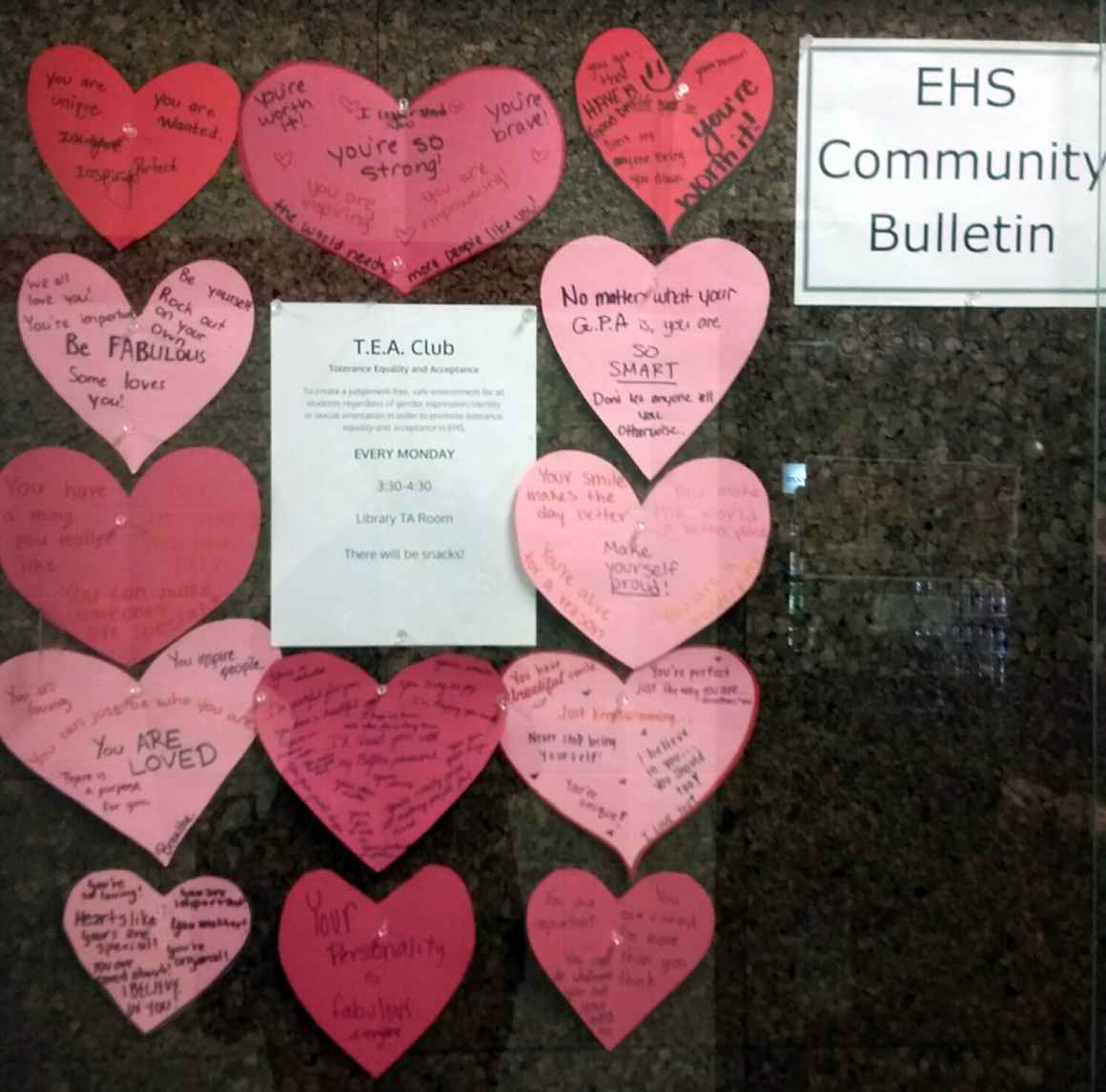