Some facilities send young people to solitary for as long as three months, despite medical evidence that extreme isolation can permanently damage adolescents’ brains

LINCOLN, Neb – Today the ACLU of Nebraska released Growing Up Locked Down: Juvenile Solitary Confinement in Nebraska. The report presents first of its kind comprehensive research regarding solitary confinement in Nebraska county and state facilities. The ACLU found that a young person in some Nebraska youth facilities can be held in solitary confinement for as long as 90 days. Mental health experts have found that the depriving young people of contact with others for over 4 hours can have devastating long-term impacts on children's health and wellbeing. Placing a juvenile in solitary confinement leads to psychological damage, increase suicide rates, hampered educational outcomes, and overall stunted development.

“Before they are old enough to get a driver’s license, enlist in the armed forces or vote, some children in Nebraska are held in solitary confinement for days, weeks, even months. As the stories in our report show, the youth placed in solitary confinement are often in need of support – not a cage. The experts agree – what Nebraska is doing is harmful to youth and does nothing to improve public safety. This research makes clear that the polices and usage for solitary confinement among vulnerable Nebraskans truly shocks the conscience. We can and must do better,” said Danielle Conrad, ACLU of Nebraska Executive Director.

“It was 23 hours a day alone, no TV or radio,” Rusher says in the report. “You were in there with one book, a blanket, a mat and a toothbrush…you’re a kid, you don’t even know how to deal with normal emotions yet—then you’re sitting there by yourself, nowhere to go and every negative thing you’ve been told about yourself seems to be coming true...they go to the system for correction—they go in as sheep—and they come out as wolves. If a factory pumped out a bad product over and over again, you wouldn’t blame the product, you’d go back to the factory and try to fix that instead.”

The ACLU found a wide range of policy and practice across the facilities it studied. Among the findings of most concern:

Among the reforms suggested in the report:

“The ACLU of Nebraska calls for an end to this abhorrent practice. However, while our position is unequivocal we understand that change does not happen easily or overnight. Thus, we urge at the very least that our state should establish basic state level oversight over when and how vulnerable youth are placed in solitary confinement. We must come together to remedy this situation with all deliberate speed in order to protect vulnerable youth, mitigate legal liabilities, and ensure a safer and brighter future for all Nebraskans” said Conrad. 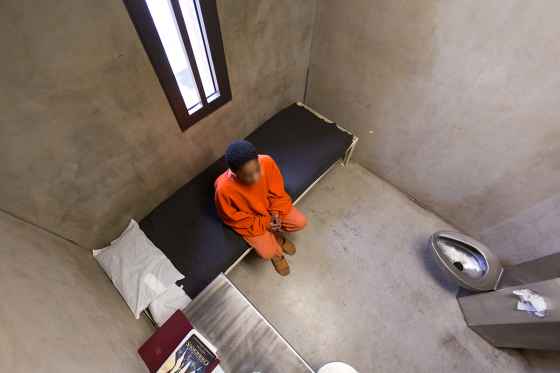