Veterans Day invites Americans to show support to those who have served in our military. That’s a sizable population in Nebraska – about 127,000 veterans call our state home. Unfortunately, the conversation about supporting veterans always seems to start and end with topics like tax incentives and leaves out important economic justice and social justice issues.

That’s why we invited Angela Montalvo – an Ogallala resident and organizer for both the Poor People’s Campaign and Nebraskans for Medical Marijuana – to talk about what’s missing from the conversation.

Angela, thanks for your time. First, can you talk about your time in the Army? What impact did it have on your advocacy?

Thanks for having me. My time in the Army and my time as a military spouse are what turned me to activism. I served for about three years. As military intelligence, my training took longer than most soldiers. I learned Arabic at the Defense Language Institute - Foreign Language Center in Monterey, California. While I was there, I started experiencing chronic pain. This went on for about a year without any real answers, and then I was given a medical discharge with 0% disability. This means I don’t receive any disability payments from the military, even though I received a medical discharge.

That’s my own story. After being discharged in 2006, I watched my husband and all of my friends go overseas and experience things that changed them forever. By not going myself, but talking to all of them through their experiences, I got a unique view of what deployment was like in various parts of the world. I watched the real-time effect of war on my friends and family. Then, I started to learn more about the war economy, how it was impacting all of us. This led me to the Poor People’s Campaign where I began to understand that militarism and the war economy is just one part of a set of interlocking injustices that must be addressed in the United States. 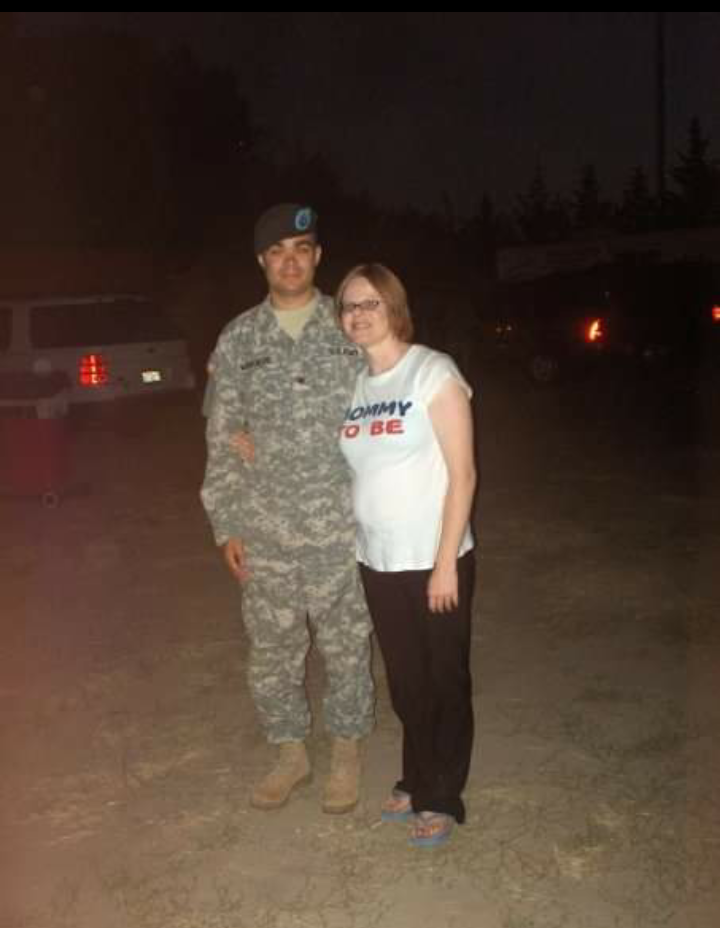 Photo: Angela and husband Moises pose for a photo just before his deployment in 2007.

You’re currently involved in the campaign opposing the voter ID restriction and you’re also supporting the effort to legalize medicinal use of marijuana. Do you consider those veterans’ issues?

Absolutely. I am also supporting the effort to increase the minimum wage to $15/hour in Nebraska. When many veterans are discharged from the military, all they have is their military experience and education, which sadly do not apply to most civilian work fields. Many veterans also leave the military with disabilities, which impact their ability to work. This leaves people who served our country working jobs that pay less than a living wage.

For people making less than a living wage, it can be extremely difficult to acquire a state ID. I myself had only my VA ID card for several years. I had to get a state ID this summer in order to travel. It can also be very difficult for people with certain disabilities, such as my own anxiety, to go through the process of getting a state ID.

As far as the effort to legalize medical marijuana, so many veterans are forced to take addictive pills to try to manage their disabilities. This was my own experience. I decided many years ago to stop taking pain pills. Going through withdrawal from the pills prescribed to me by doctors was the most miserable thing I have ever gone through. Medical marijuana allows patients to manage their pain, anxiety, and other health issues safely without the danger of overdose or addiction. 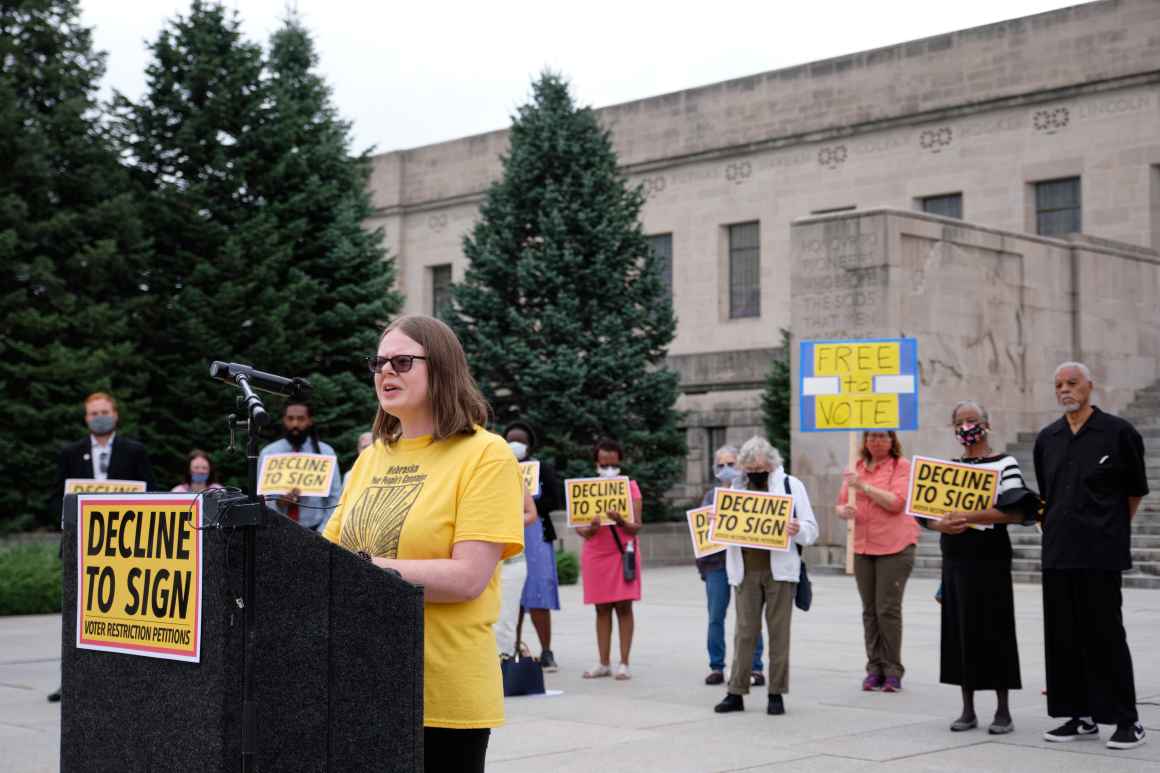 At the ACLU we often talk about the links between our work defending civil rights and our efforts advancing racial justice and economic justice. How do you think of the relationship between issues like sensible drug policy and reducing poverty?

I look at wealthy people making a fortune in the legal marijuana industry and compare that to the Black and brown people still locked up for doing the same thing. I see the neighborhoods destroyed by these policing practices. Having a sensible drug policy would allow legitimate businesses to grow in neighborhoods that were previously filled with people being put in jail. Work does need to be done to assure that people living in the area are allowed to run these businesses and not already wealthy people coming in from elsewhere to run dispensaries, however. Overall, legalizing marijuana would keep people out of prison and allow businesses to grow.

What issues get missed most when people talk about “supporting the troops” or “supporting our veterans?” Where do you see the most pressing need?

In general, veterans just need to be heard. I feel like there are a lot of charities and whatnot claiming to support veterans, and they do, but a small percentage of veterans who are the worst off. For years, I thought my problems since leaving the military weren’t important, that there were so many veterans who needed more help than me. All of us are important. All of our issues matter. I hope other veterans see this and understand that you matter and what you are going through matters. You deserve support. Anyone who wants to support our veterans and troops really needs to actively listen to what veterans are saying. In my opinion, I think the most pressing need is addressing poverty within the veteran community and getting veterans the care and support that they need.

Parting thoughts? What would you tell fellow veterans who feel passionate about the same issues we do but are on the fence about getting engaged?

I was scared of getting engaged in activism for a long time. It can be intimidating. However, I realized that someone has to speak for us. Someone has to do the work and the military gave us the perfect qualities of discipline, dedication, and leadership to push through, stay strong, and get the job done.