Why Nebraska’s Win Over Whitewashing and Censorship Matters

The vote in favor of free expression was a clear rejection of a censorship campaign that has shown alarming momentum over the last year.
By Jasmine Conrad, Communications Associate

On a sunny August morning, all eyes were on the University of Nebraska Board of Regents as the elected officials heard testimony on a resolution opposing critical race theory. Their final vote in favor of free expression was a clear rejection of a censorship campaign that has shown alarming momentum over the last year.

Critical race theory is a decades-old, college-level academic concept designed to examine systemic racism in American society to identify solutions. Most of the opposition to the theory is fueled by misunderstanding and inaccuracy. This case was no different.

Regent Jim Pillen, a candidate for governor, echoed a nationwide disinformation campaign when he described critical race theory as an “anti-American” theory “that explicitly advocates for discrimination.”

Kimberlé Crenshaw, one of the scholars who helped develop critical race theory, says political opportunists are currently using the theory as a new catch-all for concepts they don’t like, ranging from the broad concept of equity to specific efforts such as the critically acclaimed 1619 Project.

“They use a framework that people don't really know much about and they pour into it a whole range of racial grievances, discomforts, anxieties,” she said in a recent ACLU podcast interview.

Because of this disinformation campaign, elected officials have too often sought to censor and chill free expression while whitewashing our country’s past and present. Just look across the Missouri River to Iowa, where Gov. Kim Reynolds signed a bill that bans classroom curriculum on systemic racism and sexism. In Texas, lawmakers have targeted the writings of civil rights leaders, including Susan B. Anthony, Cesar Chavez, and Martin Luther King Jr.

In a way, this backlash is just more evidence for how badly we need open and honest conversations about racism. Some elected officials are not only failing to address racial disparities under their watch, they’re also actively trying to silence discussions of those disparities.

Speaking at a rally before the University of Nebraska Board of Regents meeting, UNL Student Body President Batool Ibrahim reminded supporters of the issues that weren’t getting addressed while Regent Pillen’s resolution took the spotlight – issues such as systemic racial disparities in healthcare and our criminal legal system.

Thanks to the leadership of students, the hundreds of Nebraskans who signed our petition (a collaboration with the Anti-Defamation League of the Plains States and the NAACP Lincoln Branch), and the faculty who spoke out, five of the eight regents rejected censorship and the resolution was defeated.

This vote was a significant moment in Nebraska history. By siding with academic freedom, the regents also sided with the too often ignored voices of students of color and sent the message that their histories matter. They sided with the idea of teaching the truth without the imposition of censorship or politically motivated erasure.

It’s a victory worth celebrating. At the same time, the work is not done.

When the Nebraska Legislature reconvenes for regular session, we expect some state senators will drag out the same tired talking points and take aim at critical race theory in our K-12 schools, where it is not being taught because, again, it’s a graduate-level theory.

If legislators raise this issue, they’ll send the same chilling message that honest conversation about racism could bring professional consequences for teachers and academic consequences for youth. Like the university resolution, it’s students of color who will be harmed the most.

But here’s the thing. We already beat censorship once. We can do it again. So, senators, think twice before trying to silence conversations of race and racism in our K-12 classrooms. Denying students the right to discuss the truth is nothing less than big government censorship and we won’t stand for it.

The past is nothing to be afraid of. If we are going to ever move forward as a country and a state, we must look back with clear eyes and open minds. That means having honest conversations about the parts of our history where we fell short of our ideals so that, together, we can build a fairer and freer future for all of us. 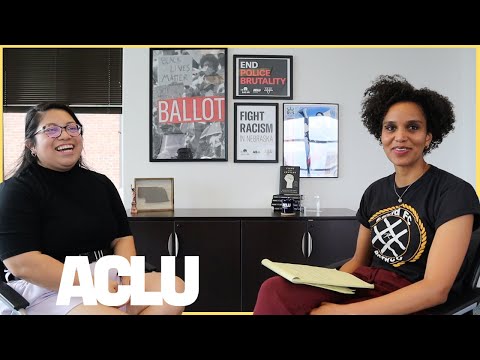