Our spring newsletter hit mailboxes in mid-May, sharing the latest on our work to protect and advance Nebraskans' civil rights and civil liberties. All of its content is available here or as a PDF download. 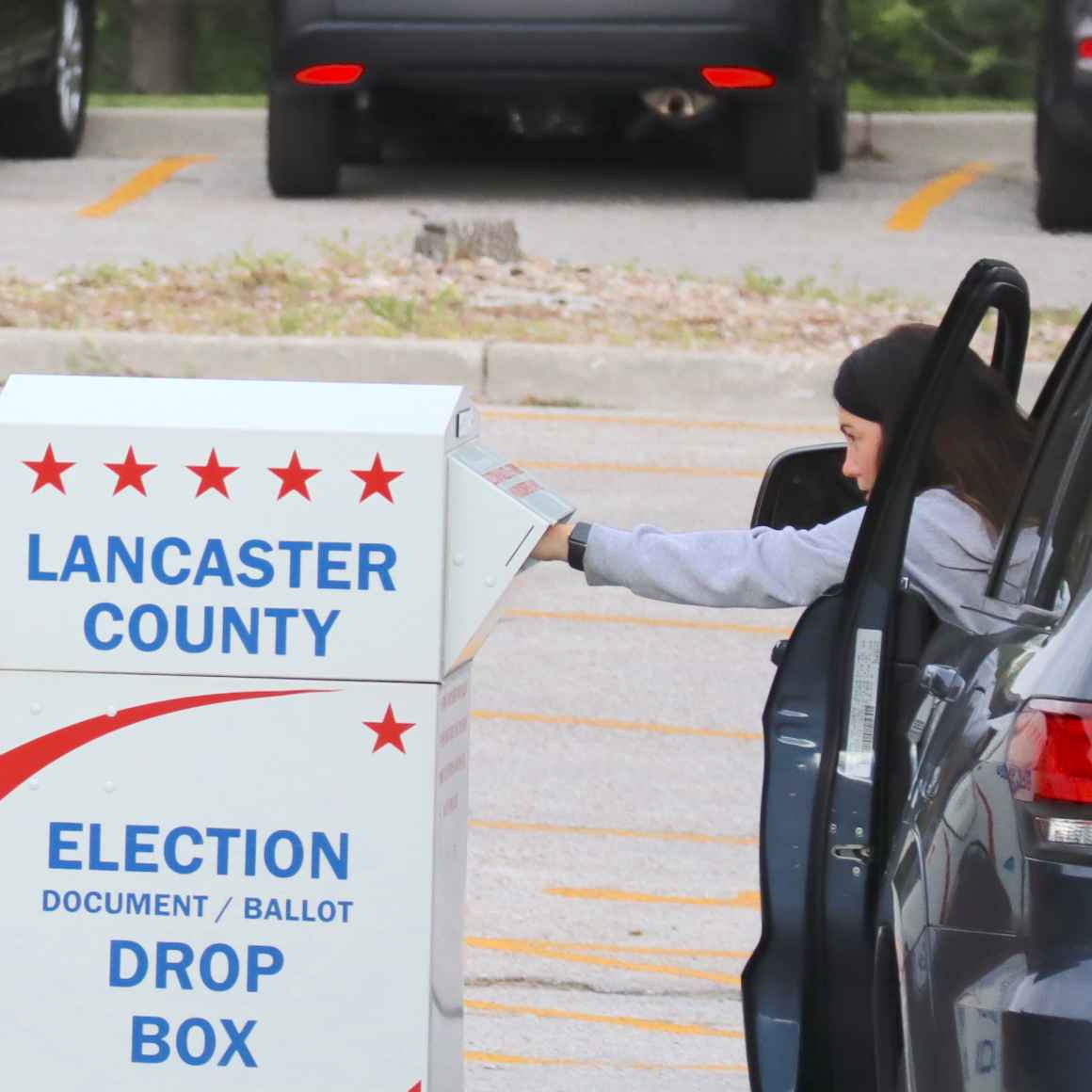 It was a record turnout primary, but you would not know it looking at Nebraska’s polling places on election day. Most voters made their voices heard by effectively and securely casting their ballots via mail.

That level of engagement doesn’t happen by accident. Thanks to effective advocacy from the ACLU and voting rights partners, officials sent vote-by-mail ballot applications to every registered voter. Additionally, a few counties in Nebraska already hold all-mail elections and those voters automatically received their ballots through the mail.

After our effective policy advocacy, the ACLU conducted robust, rapid response organizing. In a few short weeks, we completed over 20,000 live phone calls to our members and supporters statewide, encouraging them to vote by mail and providing education about the process.

This spring also marked our launch of a first-of-its-kind voter education campaign for Nebraskans with criminal justice system involvement. We mailed more than 3,700 Know Your Rights pamphlets, voter registration forms and vote-by-mail applications to Nebraska’s county jails. This work is centered in racial justice, economic justice, and voting rights. Far too many people — especially Nebraskans of color and Nebraskans who are struggling financially — have been ensnared in the criminal justice system and face the long term collateral consequence of disenfranchisement by Jim Crow era legislation; they also face misinformation about whether they are eligible to vote.

This election exemplifies why we will keep fighting to knock down barriers to vote-by-mail options. We need you with us to defend and protect all Nebraskans’ access to the ballot this November and beyond.

In early March, our leadership helped launch a ballot initiative that would stop partisan gerrymandering, increase transparency to expand public participation, and empower an independent commission to draw redistricting maps. The signature gathering effort was paused to ensure public health needs come first during the pandemic. Rest assured, we will not shy away from this fight. We are exploring all options to remove partisanship from redistricting in 2021 and in years to come. Whether by ballot initiative, legislative effort, grassroots engagement or litigation, the push for reform carries on. Sign up for campaign updates at NebraskansForIndependentRedistricting.org.

A Message From our Executive Director 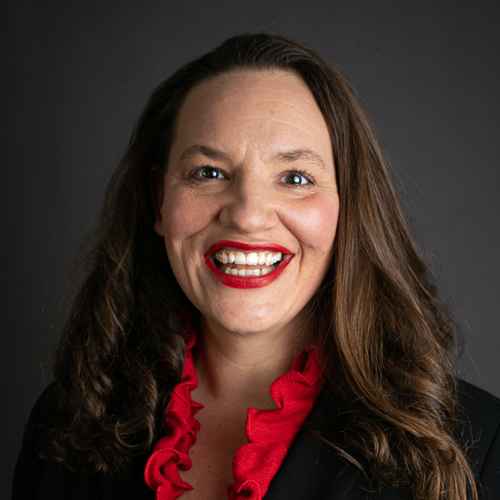 Dear Friends, our hearts are with each of you in our ACLU family.

Like many of you, our team is working remotely to protect public health. We are balancing full time rapid response to the COVID-19 outbreak, existing work plans and the joys and challenges of caring for and homeschooling little ones while separated from routines, family and friends.

We are in a painful time. Dozens of Nebraska families have lost loved ones. Tens of thousands of our neighbors have lost their jobs and access to healthcare.

We are also in a defining moment. The choices we make as a community in the coming weeks and months will impact us for years. With Nebraska resilience, compassion and optimism, we will make it through this together.

You can be very proud of how our small but mighty team has met this challenge with expertise, dedication and leadership. Each of us is working as a first responder to protect the civil rights and civil liberties of our most vulnerable neighbors during this crisis while refusing to decelerate existing work plans because we mean it when we say it — We the People means all of us.

In just a few short weeks, we have scored key legal and policy victories on voting rights, racial justice, prison reform and reproductive rights. Our caring and creative team also found a way to create joy and light in this dark moment by helping a special couple, Ben and Lucas, celebrate their appropriately social distanced wedding. (Our first office wedding!)

I hope the work highlighted in this newsletter brings you peace of mind about how your support ensures we can protect and defend civil rights and civil liberties for all Nebraskans now and well into the bright, bold future we envision.

These victories belong to all of us in the ACLU family and we treasure your support now when our work is perhaps needed the most.

Thank you from the bottom of our hearts, 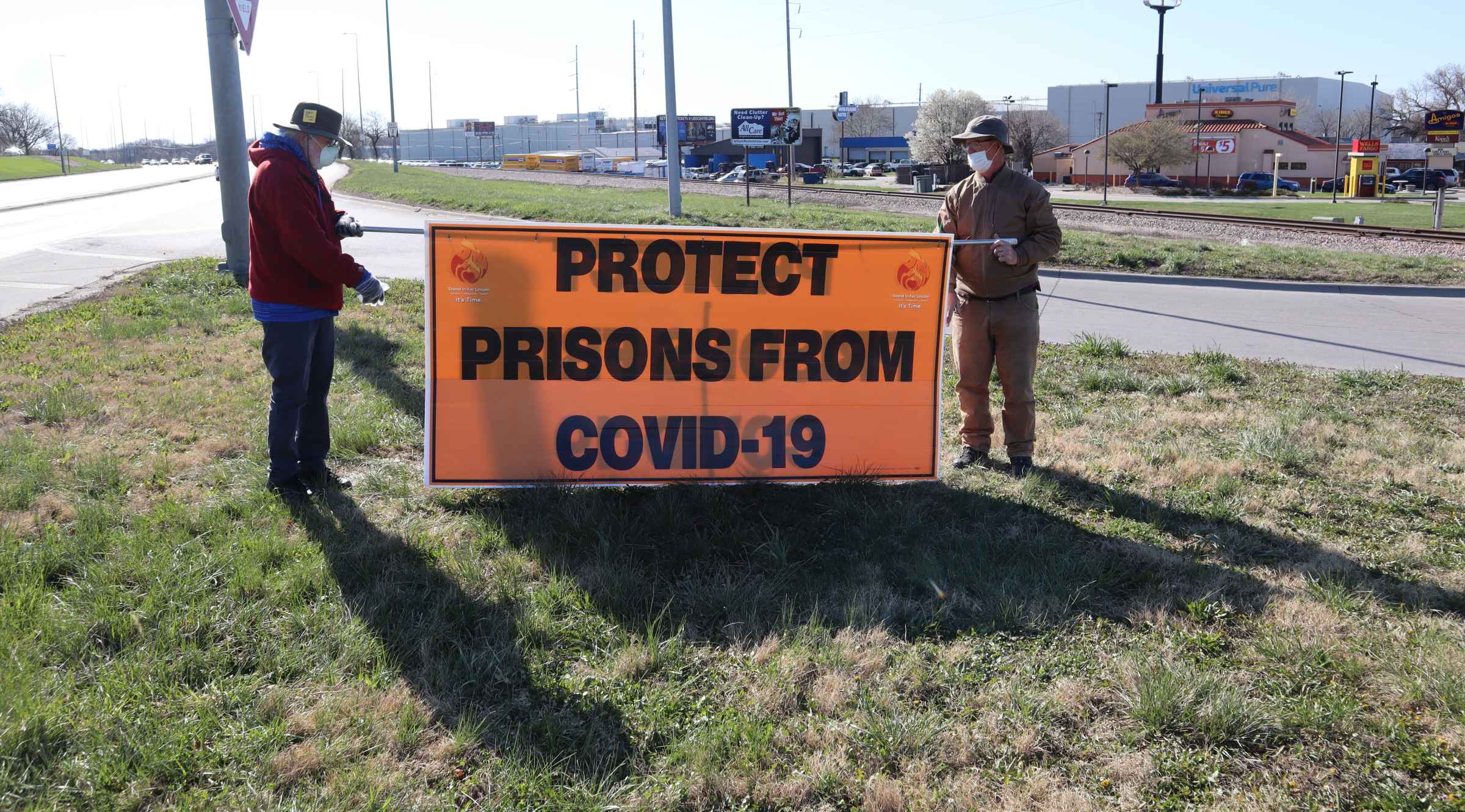 In about one month, state law requires Gov. Ricketts to declare a prison overcrowding emergency. The law is intended to trigger a significant reduction of the number of people packed into state prison facilities – some of which are consistently over 200% of design capacity. We are clear-eyed about what is likely to happen with this impending deadline without a dramatic change in circumstances or sustained public pressure. So far, the only plan officials have floated is to construct a massive, privately constructed prison. We know the state cannot build its way out of this problem. We know that people, not prisons, are the answer.

The health and safety of everyone in our prisons was at risk before COVID-19 as Nebraska remains the second most overcrowded prisons system in the country. Nevertheless, the pandemic escalates concerns and adds a new dimension to our decarceration work.

Public health experts warn that jails and prisons are tinderboxes and the virus is already in Nebraska’s prison system. On May 12, we learned of the first confirmed case among Nebraskans who are incarcerated in our overcrowded prisons. Several staff members have also tested positive. We are hard at work through the courts, individual outreach, records requests, targeted pressure campaigns and a public awareness effort.

Fighting for Racial Justice Across Nebraska 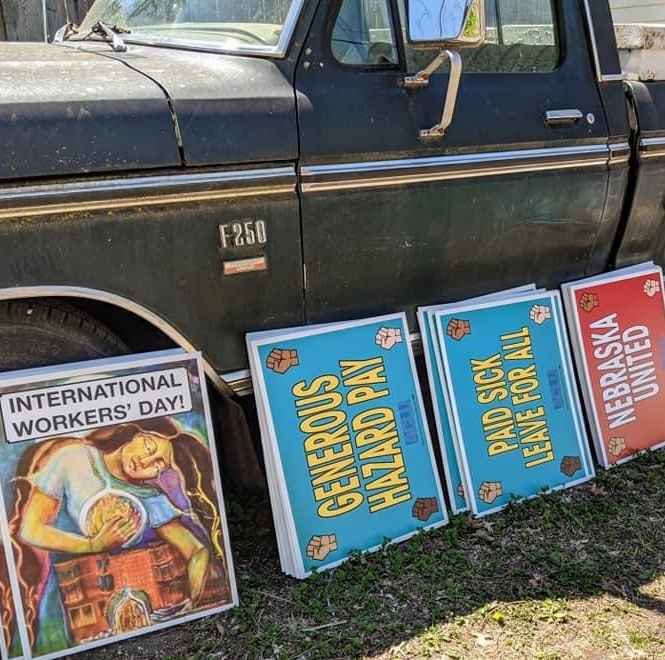 In our fight for civil rights and civil liberties, we center racial justice and economic equity. COVID-19 put the disparities and injustices we see daily in our work on full display. We are working to make sure those who are most at risk and most harshly impacted get the protections they need.

We’ve called on Nebraska officials to start collecting and sharing COVID-19 infection and mortality rates by race and ethnicity – and to allocate resources to the groups that are hardest hit. We are supporting advocacy in Crete, Grand Island and Lexington to protect workers in the meatpacking industry. We sent guidance to Dakota County, a virus hotspot, where the county sheriff’s 287(g) agreement with ICE has fractured public trust and led to racial profiling.

In addition to our racial justice work during this outbreak, racial justice remains a priority through all our work. Here are just a few recent examples: 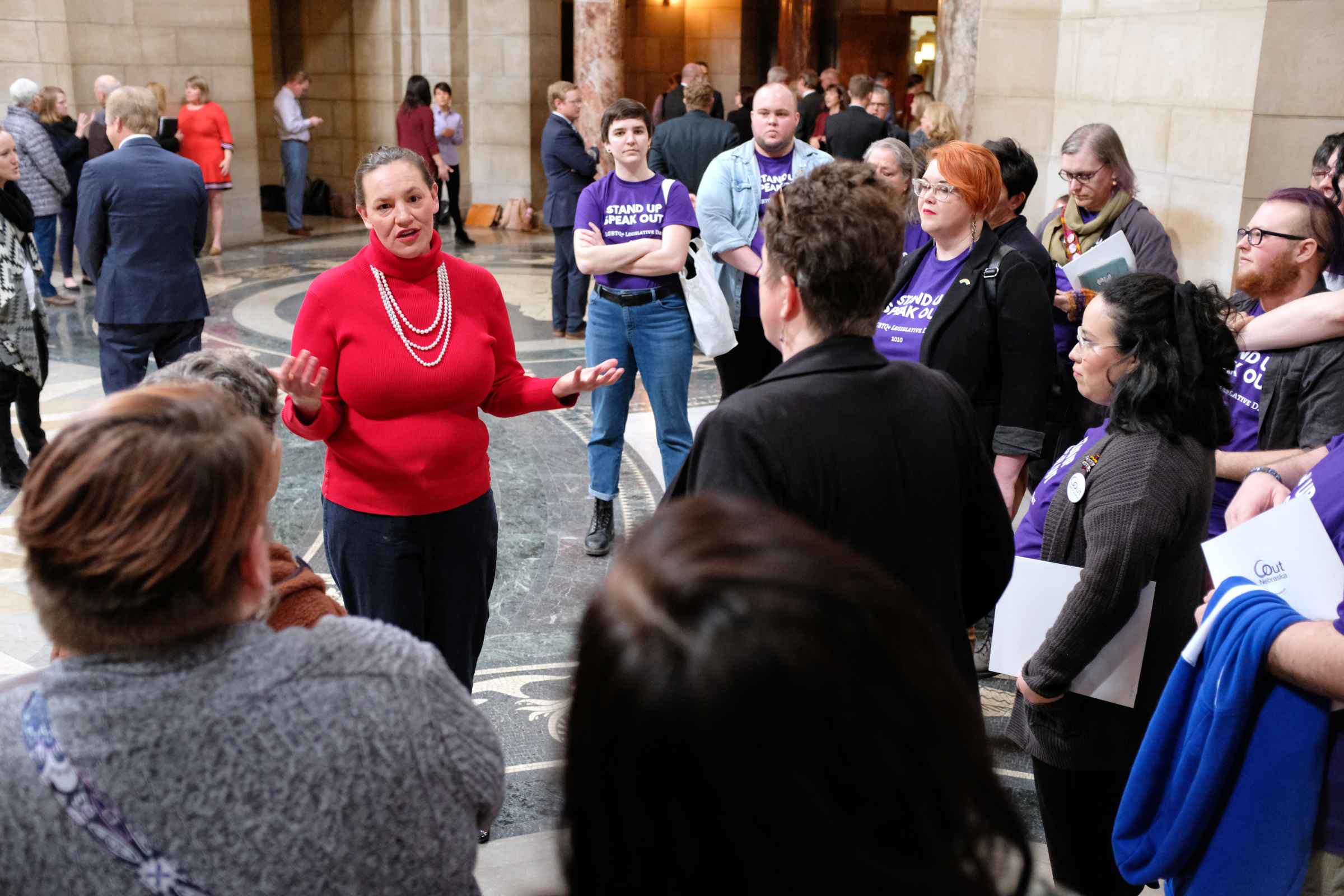 Together in Pride, Making History

"[This] would likely not have been possible without the ACLU. Thank you for your help. Thanks for helping her to find some equity in the system.” Not all of our LGBTQ advocacy makes history — but it always makes a difference. This spring, we helped a student who was facing resistance to establishing a Gay Straight Alliance club in her school. Her father sent us the message above.

Nebraska’s motto is Equality Before the Law, but our state nondiscrimination laws need to be updated to ensure our state lives our values.

Dozens of Nebraskans made history this spring in the state’s first organized LGBTQ lobby day. Our friends at OutNebraska provided exemplary leadership for this powerful event and we were proud to support it.

A key point of discussion was LB 627, a bill that would update our existing civil rights laws to ensure protections for LGBTQ Nebraskans, because no one should be fired or denied a job based on who they are or whom they love. The bill is still waiting on a vote. It did not make it to the floor before the legislative session paused due to COVID-19 but it remains prioritized.

We stand with LGBTQ Nebraskans, workers’ advocates and business leaders, including the Lincoln, Norfolk, Omaha and Nebraska Chamber of Commerce, who all agree the time is now to ensure our workplaces are welcoming to everyone.

Communications Director Sam Petto joined us in December, bringing a decade of progressive leadership experience in PR and journalism. Legal Director Adam Sipple joined us in January, coming to the ACLU after a distinguished career in private practice.

"The talent, passion, and skill Sam and Adam bring to our work have expanded our impact and reach in a big way over a very short time. Nebraska thought leaders have taken notice in the best way possible. There are no limits to how far our team can soar." 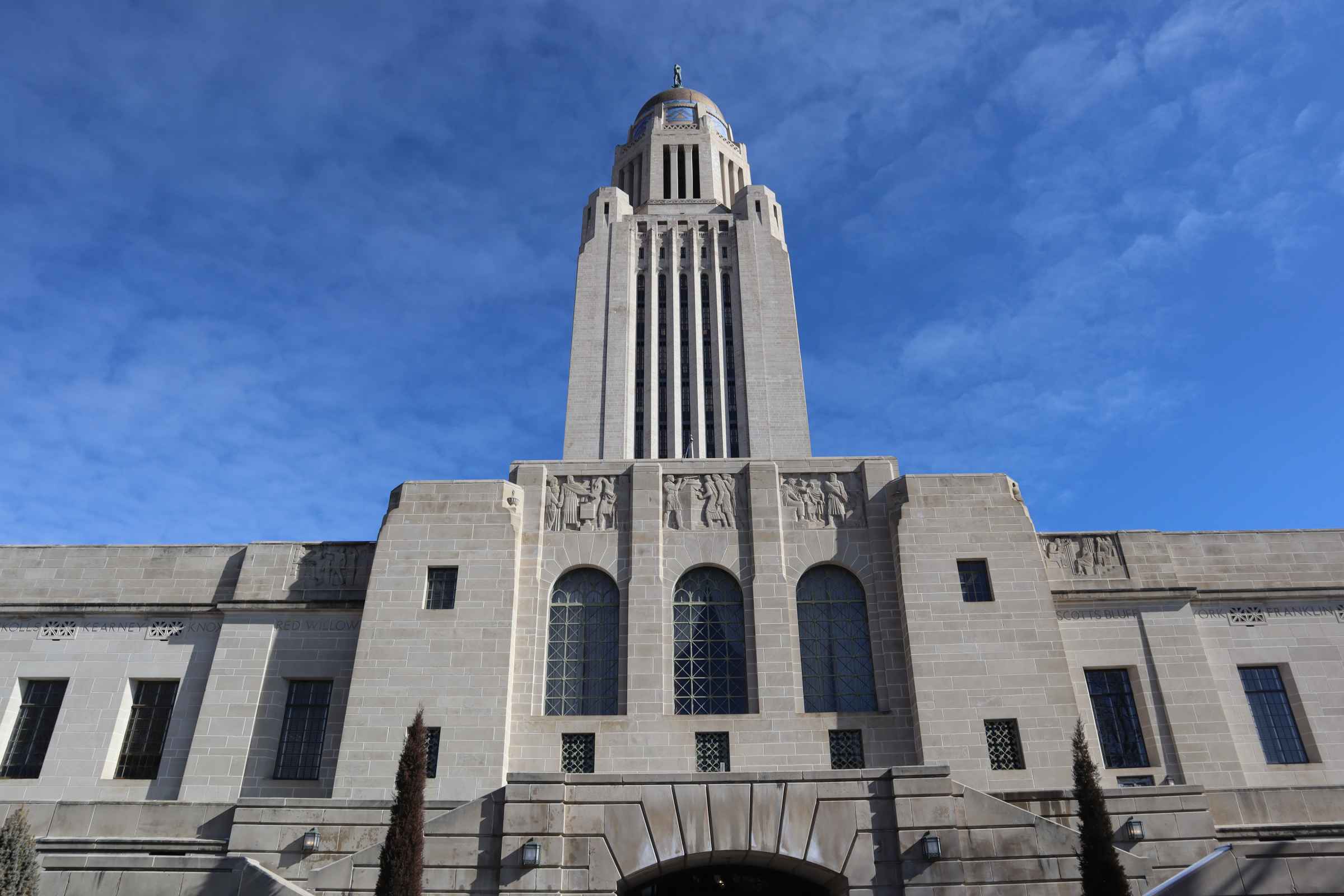 When it’s deemed safe, the Nebraska Legislature will return to the Capitol with 17 days remaining in this session. This year, we have made encouraging progress advancing a robust legislative agenda in our priority areas.

We also plan to continue our fight against bills that threaten civil rights and civil liberties.

*The 17 day calculation was based on math that counted an emergency meeting of the Legislature toward its calendar. Shortly after the newsletter was published, Speaker Scheer announced that the Legislature will reconvene July 20 and wrap up no later than August 13.