Giving Every Child An Opportunity to Play

In the past few years, our office has had more and more calls from parents who want to do what is best for their children. These parents are often facing difficulties because schools and school districts don't have policies that would allow transgender students to succeed. Many of these parents say things similar to what an ACLU of Illinios client has said about her transgender daughter:

Despite early signs — from as young as four, when she declared herself a girl, to the fact that she had mostly girlfriends growing up, played with dolls, begged to wear girls’ clothes, insisted on wearing a Hannah Montana wig while she danced around the living room, and was heavily distraught over the male characteristics of her body — we were still shocked and ill-prepared when, at the end of seventh grade, our daughter again told us that she was a girl and had to live openly as one.

The ACLU of Nebraska is standing with transgender kids and their parents around the state of Nebraska. We've had an incredible track record of successful intervention when a school tells a student they must use an inconveient bathroom or that they must wear a dress to graduation. As these individual interventions become more and more common, it becomes more and more clear that we need uniform policies that support transgender students.

That's why we recently issued guidance to all Nebraska school districts on supporting transgender students. Today as I sat talking to the Nebraska School Activities Association, encouraging them to pass policies that would give transgender students an opportunity to play, I remembered all of the parents who just want to do what is best for their kids.

We should want what is best for all children in Nebraska: the opportunity to go to school and participate in activities like sports. Join us by signing our Equality Agenda petition. 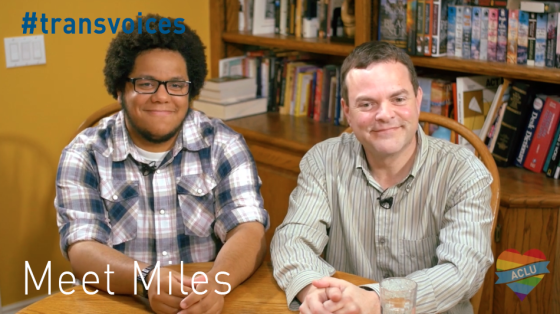